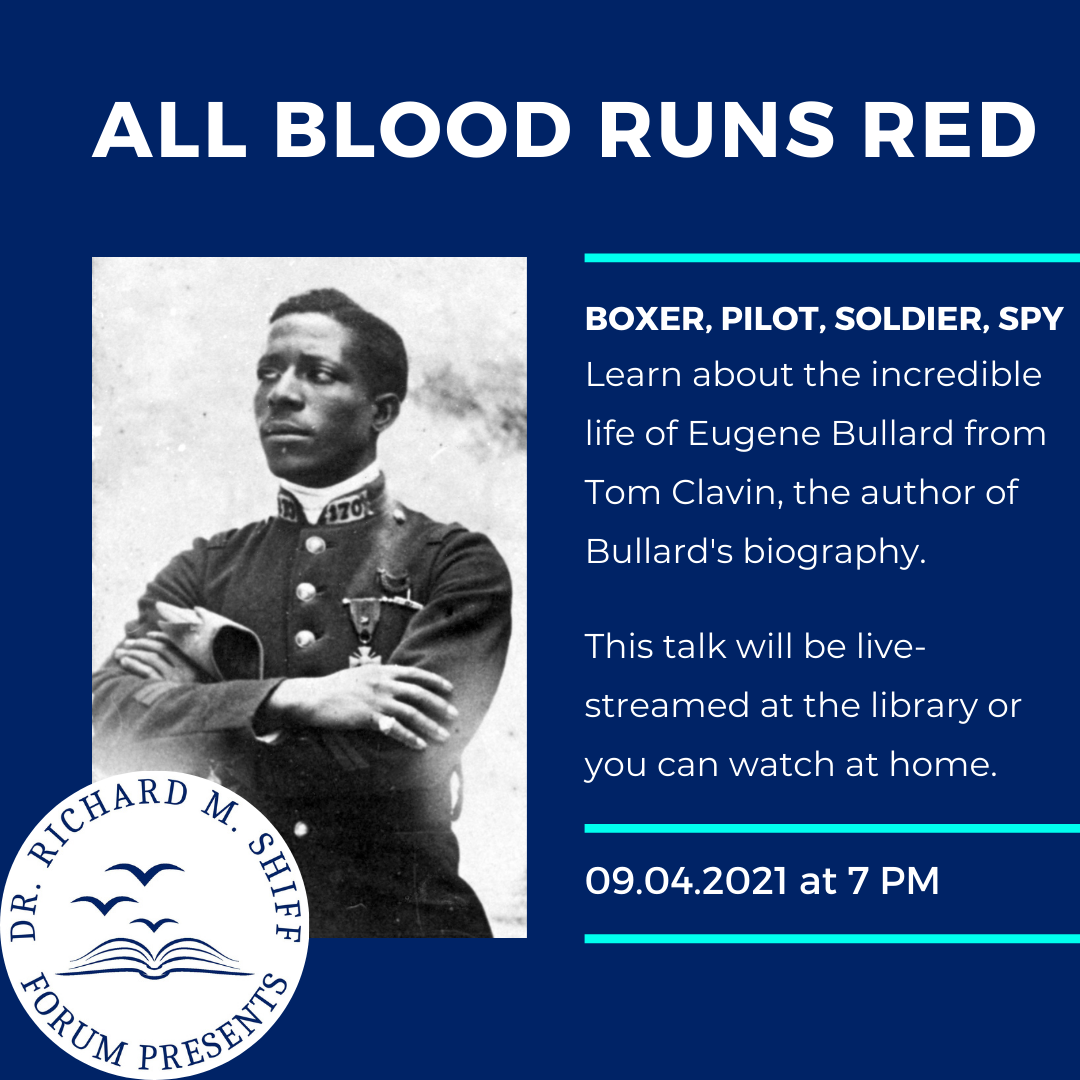 Eugene Bullard lived one of the most fascinating lives of the twentieth century. The son of a former slave and an indigenous Creek woman, Bullard fled home at the age of eleven to escape the racial hostility of his Georgia community. When his journey led him to Europe, he garnered worldwide fame as a boxer, and later as the first African American fighter pilot in history.

After the war, Bullard returned to Paris a celebrated hero. But little did he know that the dramatic, globe-spanning arc of his life had just begun.

All Blood Runs Red is the inspiring untold story of an American hero, a thought-provoking chronicle of the twentieth century and a portrait of a man who came from nothing and by his own courage, determination, gumption, intelligence and luck forged a legendary life.

Watch this book talk online or at the library!

This event is being held on Zoom.  If you have not yet done so and would like to download this software prior to the program, you can visit https://zoom.us/download. The software will also automatically download when you join your first meeting.

We will email you the Zoom information prior to the program.